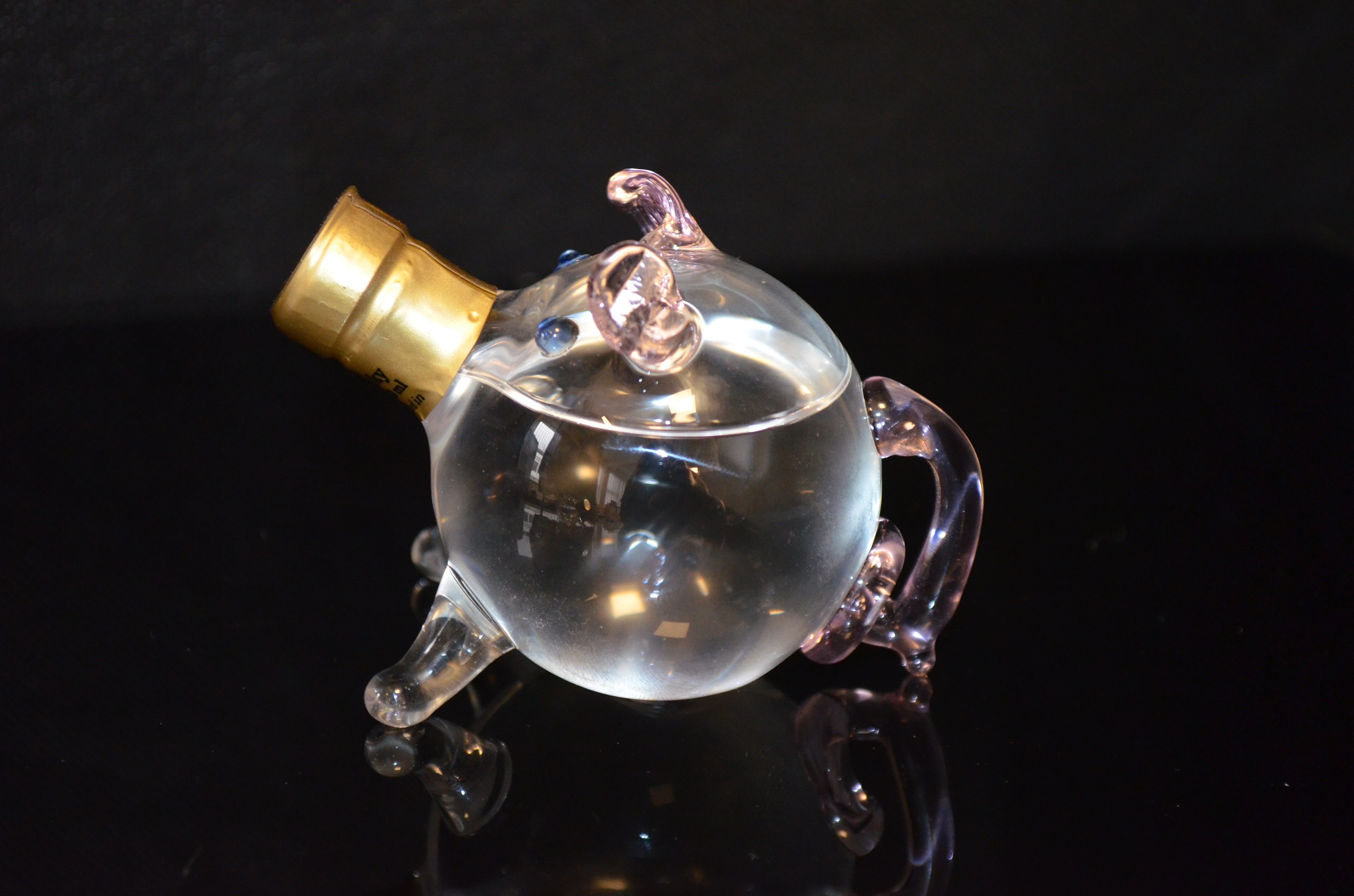 The family firm launched the handmade products, designed by renowned glassmaker Tom Young MBE, after being inspired by the story of the Gin Pigs of Brodie Castle in Moray.

The two glass pigs are on display at the Castle near Forres, the ancestral home of Clan Brodie, which features antique furniture, works of art and irreplaceable ceramics collected by generations of the family.

During the 19th century, there was a trend for wealthy households to use a variety of specially-made decanters to showcase different types of alcohol.

These included pig-shaped glass jugs – with a silver stopper depicting the animal’s nose – which became known as Gin Pigs.

Karen Somerville, Managing Director of Angels’ Share Glass, came up with the idea of recreating the unusual decanters following a visit to Brodie Castle. She said:

“I’m a member of the National Trust for Scotland and after reading about the pigs online and visiting the Castle, I was keen to resurrect the story.

“My dad Tom developed some prototypes and from there we came up with a lovely design which will be sold exclusively through our online shop.

“There’s been a real revival of gin recently, particularly in Scotland where so many craft gins are being made, and I think our pigs will be a great novelty product for everyone who enjoys a glass of gin.”

The re-fillable glass pigs are handmade in the firm’s bespoke Bridge of Allan studio and include 50ml of a Scottish gin.

The Gin Pig is held by the tail and the drink poured out through the nose which is portrayed by a cork stopper.

Angels’ Share Glass co-founder Tom Young was delighted to design the product which reminded him of his early glassblowing days when one of his first inventions was a glass pig sealed with a halfpenny inside. He said:

“It’s funny how life comes full circle – one of my first designs was a lucky glass pig with a halfpenny inside which I made for a charity event back in 1974.

“Now, decades later, I’ve been able to put those early skills to good use designing a pig which can hold a measure of gin instead of a halfpenny.”

The Gin Pigs, which feature delicate pink ears and blue eyes, are priced at £29.95 and available from the Angels’ Share Glass website – www.angelsshareglass.com/collections/new/products/gin-pig

Published by Blackburn Communications on February 8, 2018.

As featured in The Spirits Business; The Scottish Gin Society and The Drinks Business.