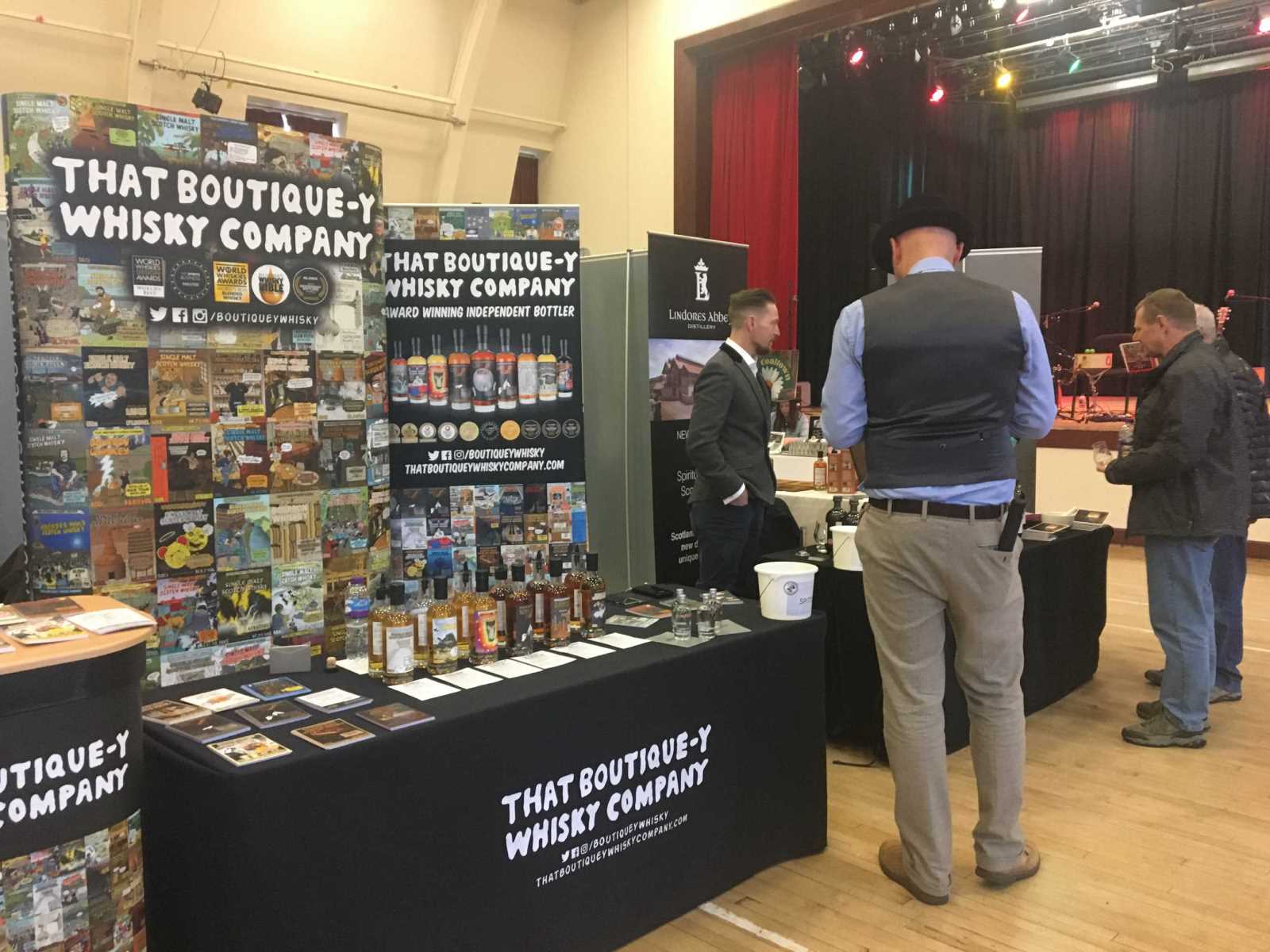 Fife Whisky Festival is set to become an annual fixture following the success of the inaugural event.

Organisers Justine Hazlehurst and Karen Somerville announced the move after the festival – opened by Scottish cycling legend Mark Beaumont – was praised for boosting the local economy.

More than 500 whisky-lovers from across Scotland, and as far afield as Argentina and Germany, attended tasting sessions held at the Corn Exchange in Cupar at the weekend.

They enjoyed drams from a wide range of distilleries and independent bottlers, music from Fife-based duo The Coaltown Daisies and the chance to chat with guest of honour Mr Beaumont.

“It was a brilliant day and given all the positive feedback we’ve decided to make it an annual event.

“We had visitors from Argentina, France and Germany who were in Scotland on holiday and made the trip to Fife specially to visit the Festival.

“And it was great to have Mark there – he really enjoyed the festival and ended up meeting some of his old school friends.

“We’re delighted with how the day went and looking forward to doing it all again next year.”

“I very much enjoyed the day – it was such a friendly event with people who’d never met before chatting away to each other and it certainly put Cupar on the map.

“It was a real boost to the economy and wonderful to see the town so busy with the shops and restaurants full of people who stayed to see more of Cupar after their whisky session.

“I met people who had travelled a long way to come to Cupar and bringing the tourist pound to Fife in this way was a great bonus.

“With all the new distilleries in Fife, having the festival helps put the region on the whisky map so I’m pleased it’s becoming an annual event.”

“This is a fantastic event for Fife and having partly grown up in the Kingdom I am proud of all it has to offer.

“This festival and events like it are so important in putting Fife firms on the map for travel and business.”

They joined forces to organise the festival in a bid to bring whisky back to the Kingdom of Fife.

“After years of attending whisky festivals around the world, we wanted the chance to bring an exciting new event to Scotland and are over the moon with how it went.

“People loved it and were asking when the next one will be held so we are pleased to announce it will be an annual event.”

The Festival, sponsored by Bruce Stevenson Insurance Brokers, showcased the renaissance of whisky-making in Fife with exhibitors including the Kingdom’s well-known Kingsbarns Distillery, Creative Whisky Company, Glen Moray and Isle of Arran Distillers.

Published by Blackburn Communications on March 15, 2018.