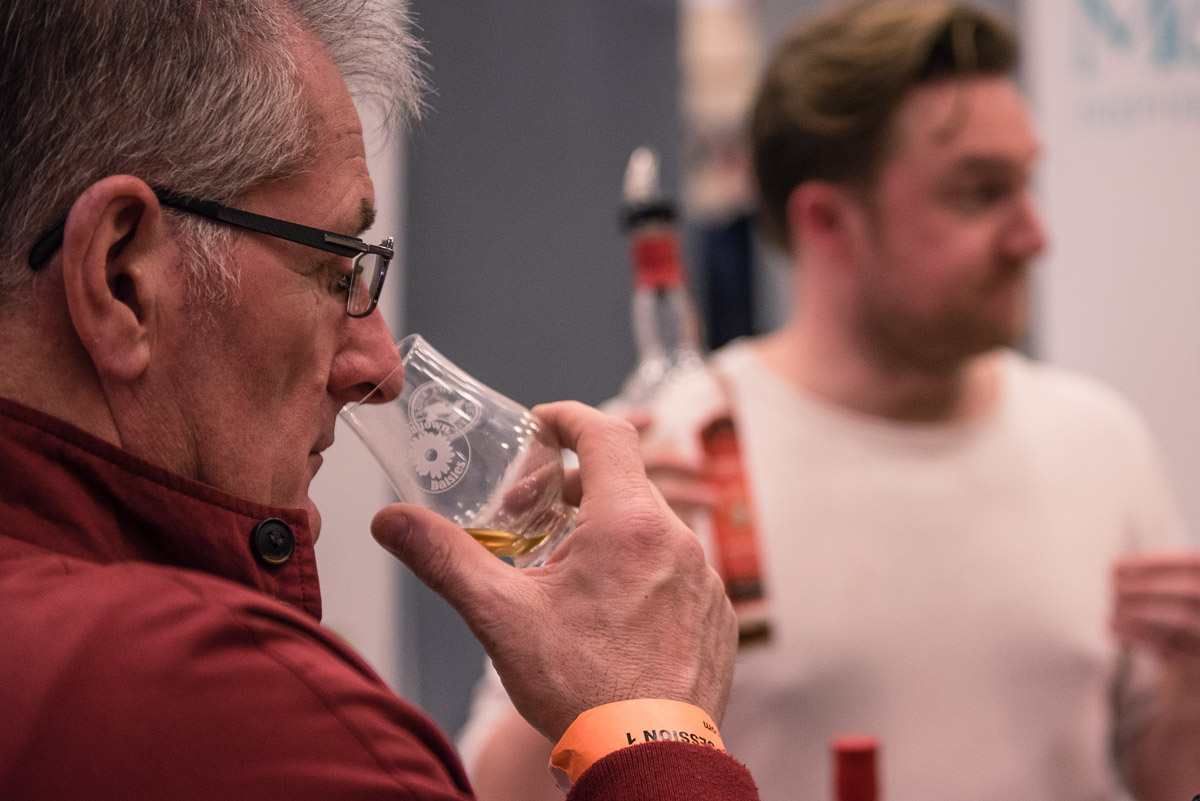 The organisers of the Fife Whisky Festival have unveiled a packed programme for the showcase event which returns to the Kingdom next March.

Tickets are now on sale for the second Fife Whisky Festival which has grown from a one day to a three-day event – running from March 8-10 2019 – following the success of the 2018 festival.

It opens with a whisky-themed dinner with guest speaker Karen Betts, Chief Executive of the Scotch Whisky Association, at Lindores Abbey Distillery in Newburgh and includes tasting sessions and masterclasses.

Fife Whisky Festival was originally launched last year by Justine Hazlehurst, founder of Kask Whisky, and Karen Somerville, founder of Angels’ Share Glass, who joined forces to bring whisky back to the Kingdom of Fife.

It proved a major success, was credited with boosting the local economy and is now an annual fixture in whisky-lovers’ calendars.

“As soon as the 2018 event was over, festival-goers were asking when they could buy tickets for next year! Justine and I knew we had to make the festival an annual event and were determined to make it bigger and better for 2019.

We’ve done that by creating a three-day weekend destination event which we hope will attract people from across Scotland and overseas to come and stay in Fife for the whole weekend.”

“After years of attending whisky festivals around the world, we wanted the chance to bring a new event to Scotland and were delighted with just how successful the inaugural festival proved to be.

It exceeded all our expectations and was enjoyed by so many people. We’re now busy putting the finishing touches to the second event and looking forward to an even more exciting Fife Whisky Festival in March next year.”

The Festival begins with a banquet-style Opening Dinner on Friday March 8 which features three courses – prepared by Lindores Abbey’s award-winning chef Andrew Wilkie – each paired with a carefully selected whisky.

Whisky chief Karen Betts will speak after the dinner followed by entertainment from local musical duo The Coaltown Daisies.

The sessions, which begin at 12.30pm and 5pm, will showcase the renaissance of whisky-making in Fife by bringing together the best whisky producers from the region and beyond.

With more than 30 exhibitors, including Springbank, Inver House Distillers, Adelphi and the Scotch Malt Whisky Society, there will be a range of whiskies to try plus two exclusive masterclasses on offer.

The famous Luvians Bottle Shop, the festival’s official retailer, will be on hand for whisky purchases and there will be food stalls throughout the day.

The final day of the Festival, Sunday March 10, features two exciting events – a special tasting hosted by the St Andrews Whisky (Quaich) Society at the town’s Hotel du Vin and an exclusive event at Kingsbarns Distillery.

To buy tickets and for more details about Fife Whisky Festival, go to www.fifewhiskyfestival.com

Published by Blackburn Communications on September 2, 2018.