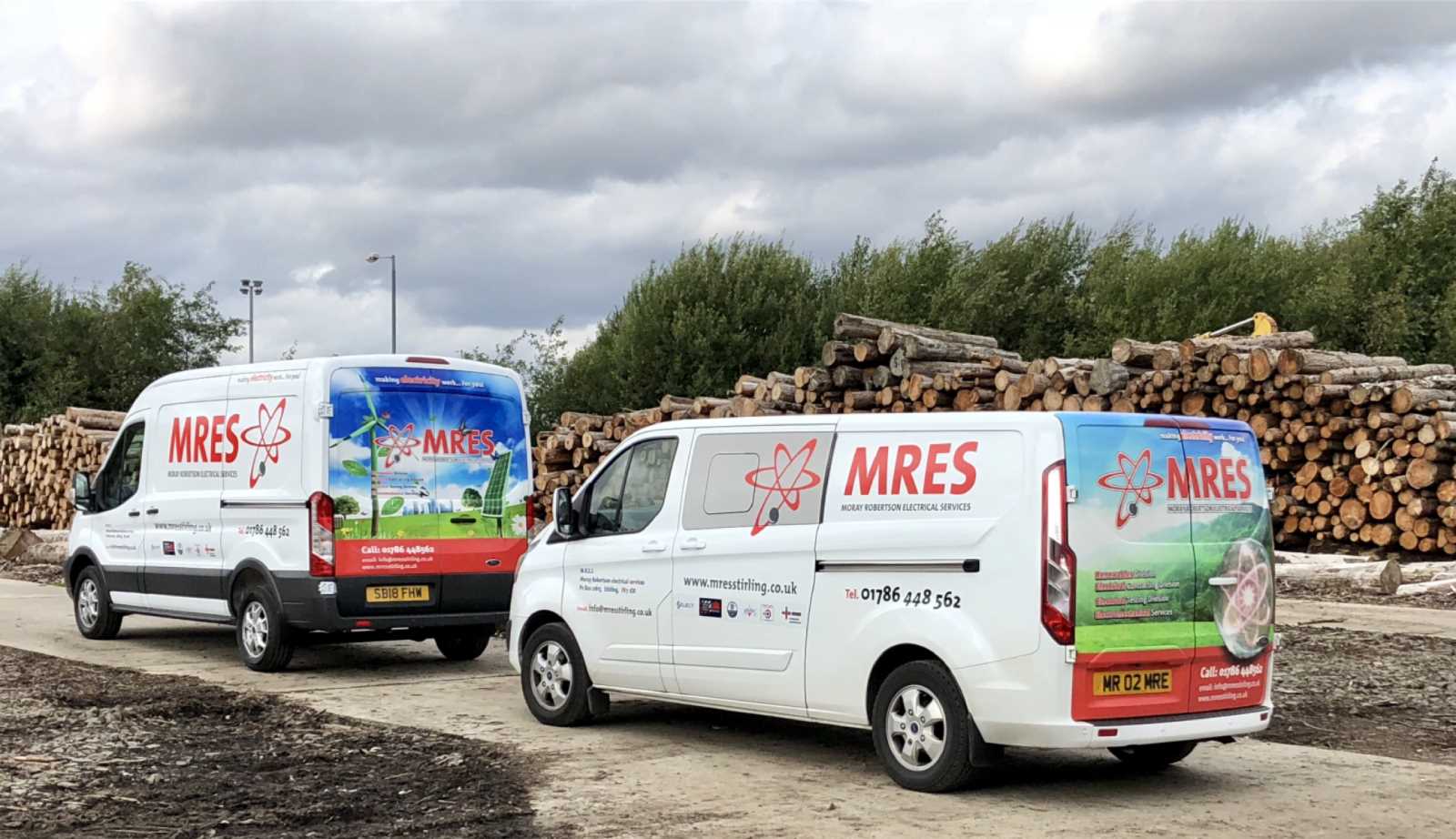 A Stirling electrical firm is in the running for two top industry awards.

The organisation will reveal the winners at a black-tie Awards Ceremony and Gala Dinner in Glasgow next month.MRES Managing Director Moray Robertson is delighted to be shortlisted for the two honours.

“We’re very proud to be named finalists by our industry body and this is the first time we’ve been nominated for a business award.

Our firm is certainly going from strength to strength and I think a lot of that is down to the fact we focus on honesty and transparency and pride ourselves on delivering a quality service.”

The annual SELECT awards are open to electrical industry companies across Scotland.

MRES has been nominated for Best Medium Sized Contractor which rewards firms who can demonstrate they are held in high regard by their customers, have a clear business plan and an impressive sales and marketing strategy.

They face competition from three other firms – Kenneth Ferguson Electrical Contractor in Oban, KF Watson in Aberdeen and Ideal Electrical Solutions (UK) based in Edinburgh.

They are also up for Best Visual Promotion thanks to their eye-catching vans and striking logo.

This category is open to companies who are proactive and successful in their use of top-class promotional materials to raise the profile of their business.

MRES are up against Annan firm Select Electrical & Mechanical Services, Servest Arthur McKay based in Bonnyrigg and Edinburgh’s Ideal Electrical Solutions (UK) for this award.

“Practically everyone we meet mentions how striking and unusual our vans and logo are. We get a fantastic response from the public as the team and I go about our work across Scotland and further afield.”

The winners of the 2018 SELECT awards will be unveiled during a glitzy ceremony, hosted by television personality Shereen Nanjiani at Glasgow’s Radisson Blu Hotel on October 12.

“Once again we have a great line-up of the brightest and best individuals and companies in this high-tech sector. SELECT is delighted to be the force behind this major awards event which recognises and rewards the resilience, professionalism and technical excellence of the people working in a challenging, science-based industry.”

MRES was established six years ago by husband and wife team Moray and Cherene Robertson.

Last year, the company was selected to appear in the influential Parliamentary Review – an independent guide which showcases the UK’s top businesses.

The family firm was one of just 11 outstanding companies chosen to feature in the Energy edition of the 2017 Review which highlights examples of excellence across the UK.

Published by Blackburn Communications on  September 11, 2018.

As featured in Talk Magazine, the Linlithgow Gazette and the Stirling News.