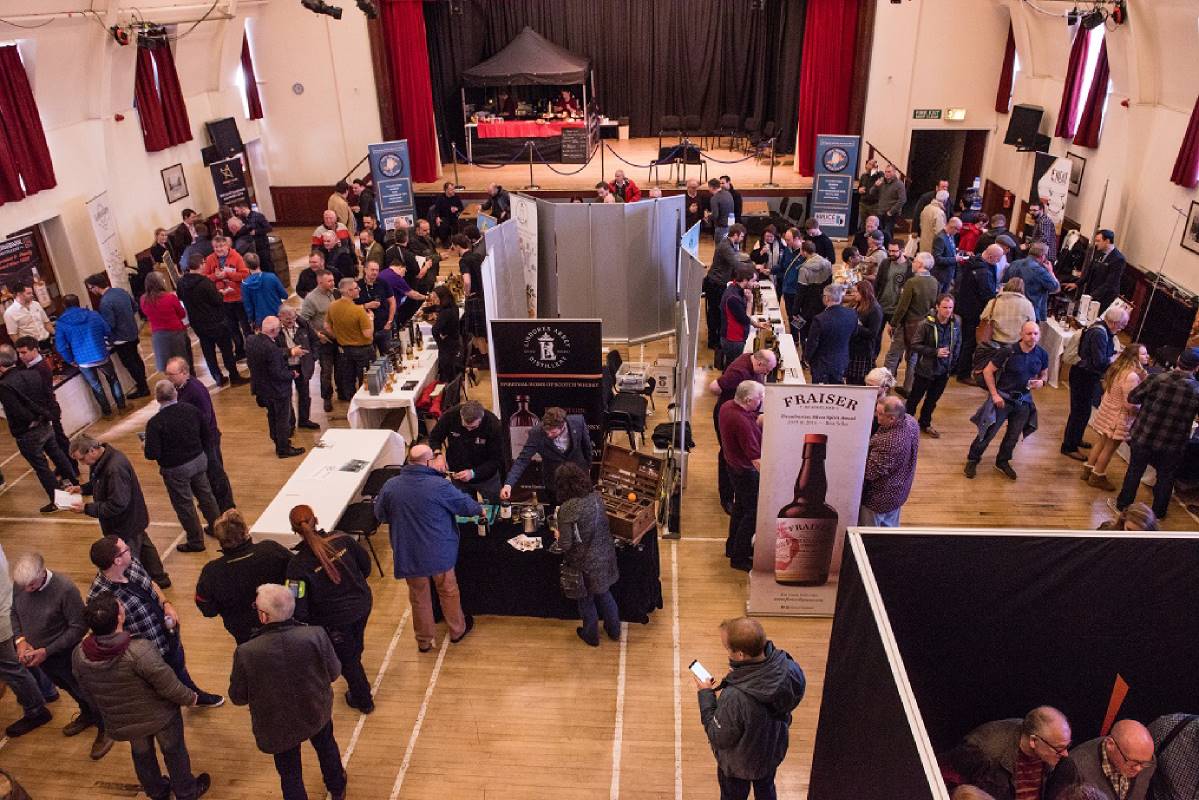 The organisers of Fife Whisky Festival have toasted a sell-out success and announced its return for a third year in 2020.

Around 600 whisky-lovers from across the UK and further afield attended tasting sessions at the Corn Exchange in Cupar during the two-day festival.

“Fife is going through a whisky renaissance. From Lindores Abbey to Kingsbarns, Daftmill to InchDairnie, these distilleries are adding a new chapter to the centuries-old story of Scotch Whisky in Fife.

“The Fife Whisky Festival is part of this resurgence and is reinforcing Fife’s status as a whisky destination.

“I was delighted to speak at the Festival’s opening dinner this year, to share stories of Scotch with people both from Newburgh and from the other side of the world, and to enjoy a dram or two in the process.

“I wish the Festival every success in the years ahead.”

“The Festival was packed with people from across Scotland tasting some of Scotland’s best whisky.  It was a superbly organised event that I am sure will be a fixture in the calendar now.

“I is wonderful to see a growing number of Fife brands feature too with the relatively new distilleries making their mark.”

Whisky connoisseurs enjoyed drams from a wide range of distilleries and independent bottlers plus music from Fife-based duo The Coaltown Daisies during the second Fife Whisky Festival.

The event, sponsored by Bruce Stevenson Insurance Brokers and legal firm MacRoberts LLP, showcased the renaissance of whisky-making in Fife by bringing together the best whisky producers from the region and beyond.

The two tasting sessions were sold out with 300 whisky-lovers attending each gathering.

They enjoyed drams provided by more than 30 exhibitors, including Springbank, Inver House Distillers, Adelphi and the Scotch Malt Whisky Society, while the famous Luvians Bottle Shop was on hand for whisky purchases.

They also raised nearly £500 for Age Concern in Cupar with a raffle.

Mrs Somerville, who was recently appointed by Women’s Enterprise Scotland (WES) as a member of its Ambassador Programme, said:

“We’re delighted with how the event went and the feedback we received from exhibitors who said it was once again well organised and attended.

“This year we added the dinner with Karen Betts which gave people the chance to experience whiskies they would never normally have chance to try – Deanston Distillery, for example, brought along a limited edition.

“Brand ambassadors spoke about their whiskies and it felt special to hold the event at Lindores Abbey – the spiritual home of Scotch Whisky.”

“We’re really pleased that we were able to continue the success of the first event – there was a good atmosphere and people told us how much they enjoyed the festival.

“It was also fantastic to be able to introduce our first Welsh exhibitor Penderyn Distillery who proved popular at the Saturday tasting sessions.

“We’re now planning our 2020 event which will follow a similar format and we will finalise and announce the dates soon.”

“I’m delighted to see the Festival become an annual event because it really livens up our town and helps put us on the map.“There was an increase in the number of people in town using local shops and cafes during the festival which is a boost for our economy and creates a real buzz about Cupar.

“It’s good to have an additional cultural event on our calendar each year especially one which enhances Fife’s reputation as a whisky destination.”

For more details about the Festival, visit www.fifewhiskyfestival.com

Published by Blackburn Communications on March 18, 2019.

As featured in Scottish Field and Fife Today.