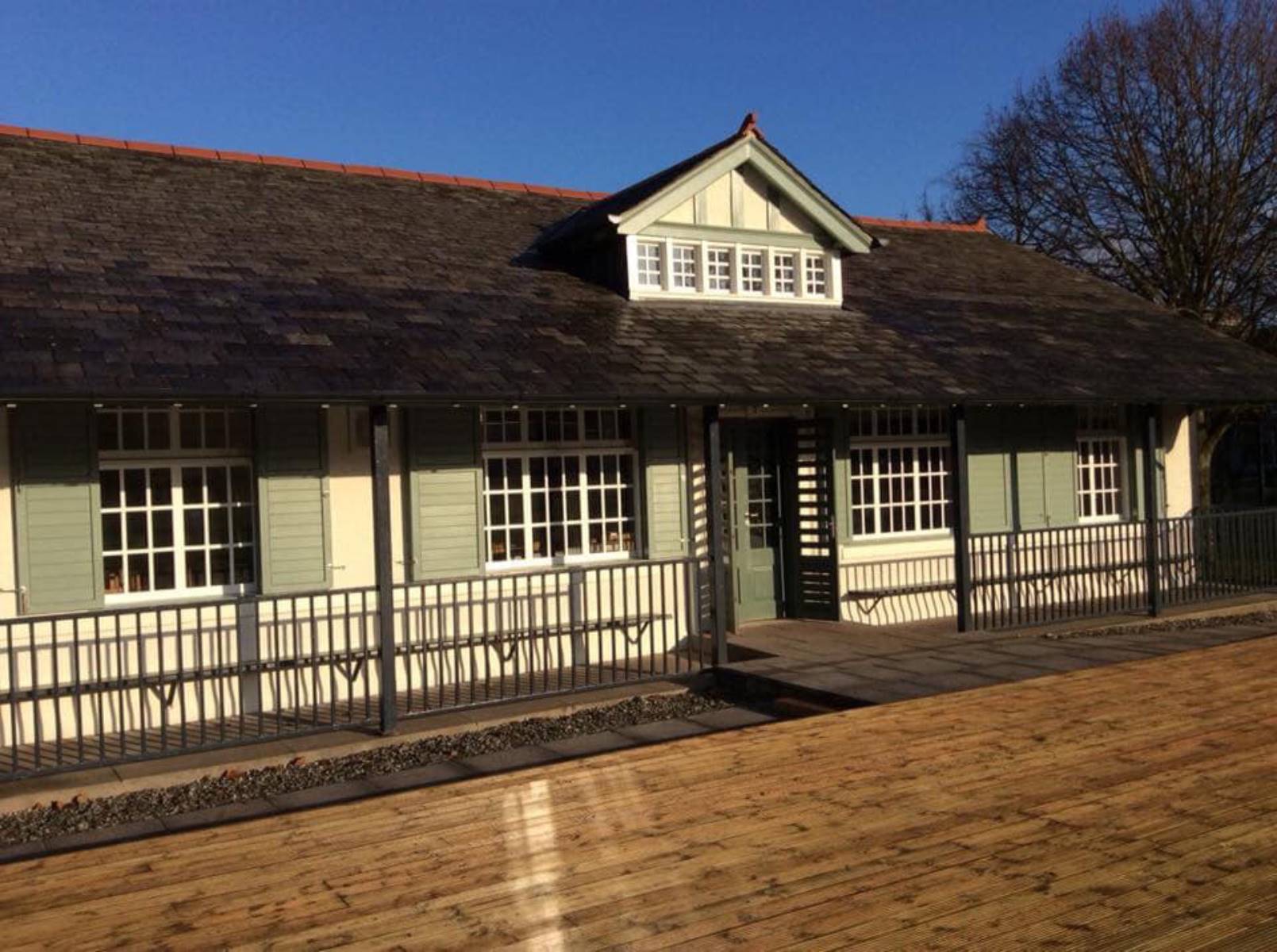 A family construction firm is in the running for a top industry award following the renovation of an iconic Stirling building.

Bridge of Allan-based Kevin Wilson Joiners & Building Contractors are finalists for the Federation of Master Builders’ Large Renovation Project honour for their restoration of the King’s Park Pavilion in Stirling.

The company transformed the tennis pavilion, which was originally built in 1924 and had been derelict for the past 27 years, into a café while retaining many of the original features.

Directors Kevin and Pam Wilson will find out this week (Thursday June 6) whether they have won the top honour at the Federation of Master Builders Scotland Awards ceremony held in Edinburgh.

“To reach the final of the Master Builders’ Awards is just amazing and a real boost for us – and it’s mainly down to the fact that Kevin goes above and beyond a job’s requirements as a matter of course.

“This was a fantastic project to be involved with and I’m very proud of Kevin and the team who all helped breathe new life into this iconic tennis pavilion which had lain derelict and unused for so long.”

The bid to transform the run-down pavilion into a café was led by local businessman Craig Wilkie and the building was designed by Stirling-based McEachern Architect.

The team at Kevin Wilson Builders was selected as the main contractor following a tender process.

The café, which opened in December 2o18, includes windows, doors and shutters which were all crafted in the original 1920s style by Kevin Wilson as well as reclaimed original flooring.

Meanwhile, old tennis lockers were refurbished and incorporated into the café’s seating benches.

“We were asked to use what we could from the original building and if we were unable to do this, we were to replace it as sympathetically as possible.

“We exceeded our client’s expectations with the craftmanship Kevin used in replacing the windows, doors and shutters and everyone involved is delighted with the outcome.

“We were lucky to have such a great team including our foreman Jason McKinlay and local sub-contractors Bannockburn Roofing, Kevin Park Painters and Decorators, Stephen Connelly Plumbers and Martin Electrical Services.”

The annual Federation of Master Builder Awards celebrate the achievements of firms from across the UK showcasing examples of high-quality craftmanship, top customer service and building excellence.

The Scottish Awards ceremony takes place at The Scotch Whisky Experience in Edinburgh this Thursday and is hosted by business journalist Bill Jamieson.

Kevin Wilson Joiners & Building Contractors was established in September 2007 and covers all types of building work from residential renovations and extensions to commercial projects.

Last year the firm won the Best Small Business honour at the Scottish SME Business Awards and the team was shortlisted for the award again this year.

Published by Blackburn Communications on June 5, 2019.